Weather woes continue for both seniors and juniors!

Posted on Thursday 17th May 2012 by Colin Dawson

The continuing dire weather has caused the following postponement of matches for both Seniors and juniors:-

Accies U15 v Stirling County - Friday, 11 May - postponed - to be rearranged

When is this going to end??

Posted on Saturday 12th May 2012 by Colin Dawson

Yesterday's rains have also washed all four Saturday sides' league matches today and looks like a complete wash out for the WDCU leagues this weekend.  No excuse for not catching up on housework now I suppose.

Monday's U13 match away to Drumpellier is now officially postponed till later in the season due to examinations.

We will try to find dates later in the season for all these matches.

Posted on Wednesday 9th May 2012 by Colin Dawson

When posting match results to the Club website please remember to "update drivers" [one of the drop down menus] for all away matches.  If this information is not updated potential loss of tax relief ensues so it is important.  This applies to all matches including juniors.

Posted on Monday 7th May 2012 by Fraser Murray

The fourth annual Cricket Section golf outing will be held at Vale of Leven Golf Club on Sunday 20th May 2012.

On the day we will meet for coffee/tea and bacon roll at 1pm prior to the first tee time at 2pm. 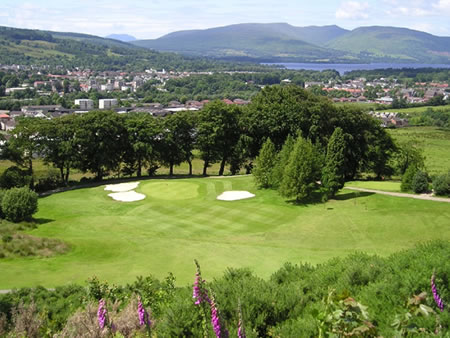 The main competition will be Stableford and after play is concluded there will be a meal and prizegiving.

All members and guests of any (or no) golfing ability are welcome.

The cost of the outing is £35pp. Please bring a prize.

Posted on Wednesday 2nd May 2012 by Colin Dawson

Due to the large number of players in this age group for season 2012 Accies has entered two Under 13 teams for league competition.  One team will play in the WDJCU main league and the second in the WDJCU reserve league.  The idea is to give as many youngsters the opportunity to play as much cricket as possible.  There is bound to be movement between one team and the other based on performance and availability generally.  Good performances and consistency will be recognised adding just a little extra spice to the season for this age group.  Good luck to everyone concerned.

Remember that the Club's coaches are here to help you and match reports and notes on individual performances being either good or not so good are being passed on to Mr Hariharan.  With his and the other coaches' and team managers' input it is hoped that you will all benefit and improve your own game.

This applies to all age groups including the senior XI's this season so please make use of us.  If anyone would like to work on specific areas of their game please speak to any of us and we shall make every effort to accommodate you.

Posted on by Colin Dawson

All senior and junior members have been sent subscription/player levy forms at the end of March by email and are reminded that these MUST be paid in full by 31st May 2012 at the very latest and preferably much sooner.

Failure to do so will mean removal of players' names from selection listings until such time as they are paid and the treasurer, Colin Dawson, will be hounding you!!!