There will be a Thanksgiving Service at St Margaret's Episcopal Church, Newlands (G43 2DS) on Thursday 23 September at 1pm.

The family has requested that there be none but family flowers. Donations may be made to the British Heart Foundation. 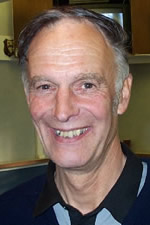 It was absolutely devastating to receive the news of the death of Colin Atkinson earlier this week.  From a personal point of view he and his family have been true friends to me over the many years since I moved to Accies from Ferguslie back in the late '60s.

Like he was to me he was welcoming and supportive to anyone that wanted to join Accies - whether it be cricket, rugby, hockey or any of the other sports under the Club’s banner.  He tirelessly attended matches, functions and generally made himself conspicuous at any possible time in his otherwise extremely busy calendar.

Latterly he enjoyed some matches in the 4th XI giving out encouragement and advice to younger players when prudent.  He was also a member of the Forty Club (Scotland) being a roving band of senior rogues attempting to encourage youngsters to play the game of cricket in the spirit originally intended.

He was proud to be an Accie and even more proud of his own family.  Many a time he would refer to Michael and Hilary as “MY son” and “MY daughter” without dropping their name!  As Accies we are proud to have known him and will miss his presence sorely.